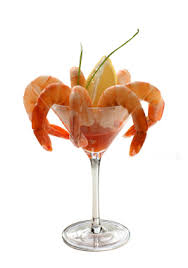 Shrimp was involved at this party

I don’t know what happened but I felt like I missed a couple of days. Once again, I dropped the ball on my Oscar recap which now seems pointless to talk about other than correctly predicting 14 out of 24 winners. My prediction post left out the short films but I made educated guesses before the telecast and scored a bunch of “points.” I also had my first ever Oscar party with only a couple friends. I also tried to stay on Twitter as much as possible and remain a good host. At least now I know it can be done and where I can make improvements.

The following morning I was reminded about Lady Gaga’s new video premiere “Born This Way” but after viewing it, I didn’t have time to write up my snap judgement due to a meeting about school financing and official enrollment. But even after I got back, I ended up speaking with close friends who are also Little Monsters and both had contrasting views on the song itself but hadn’t seen the video. I find myself in the middle, yet we all agree that it sounds just like Madonna.

As for my thoughts on the video? Typical Gaga I suppose. It was weird and got weirder. There was a story but I wasn’t sure what exactly was going on. I did declare her as taking Michael Jackson’s place when it comes to music videos… but I don’t wanna jump the gun on that since Kanye is still rewriting visual music too. The message is clear and I can definitely hear this being played while drag queens do their thing and it fills the space on gay night at the club. Yeah, I was there once. Not necessarily a highlight of my life but it was an experience. I’m not a fan of clubs at all to be honest. But back to the song, it’s an anthem to be who you are or what you are. I’m all for self empowerment or encouraging songs. I think the only thing, like many others I talked to, it just sounds too much like a song I’ve already heard. But I’ll take it as it is, and I have a feeling the other songs on the album I may like more than this one. I did like the “once upon a time” mythology storyline it started out with. I just wasn’t sure where it was going afterwards.

Besides those events I meant to write about, I had to get all my paperwork together: applying for a scholarship, applying for loans, taxes and unemployment. A lot of the paperwork all needed similar things I couldn’t find like past school loan info and car loan info… then my bank’s website wouldn’t work. Oh yeah, I also had to get some articles done for Patch… but that’s another story for another day even though it’s been related for the past few days. To cap off that story for now: I got my first decline for an interview. In the guy’s defense, he must be really humble.

Added on to the dog pile of work I’ve cut out for myself and a deadline for all of it by Friday, I get attacked with some sort of a cold. My dad had been sick for the past few days so maybe I caught the bug. But if I can’t sleep, what’s the point of staying in bed? So I got up and did what I needed to do which included stopping by my grandmother’s house to deliver a shovel she no longer required. But at least that gave me the chance to stop by Dunkin Donuts to finally try that Big n Tasty sandwich. It was indoob quite tasty. I could make it at home though. 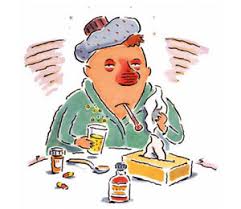 My mom is all about me getting rest, and I would have been doing that but thanks to me being so proactive this morning, I’ve been getting non-stop calls all afternoon. I’m not complaining. The calls were quite welcoming. It was just the dramatic shock of being snapped back into reality and then composing yourself to answer the phone and not sound like I just came back from the dentist. Or perhaps that’s just the effects of the drugs? Or maybe my body just badly needing, no, craving the rest it needs in order to recover from whatever ailment is tormenting my body? Either way, I should take it as a sign and throw up the white flag for the day because I’m not enjoying sneezing so hard that I fart. I don’t foresee getting much more accomplishments done today other than sleeping more than 10 minutes. At least my throat no longer feels like I has swallowed a few Brillo pads.

Plus I’m out of DayQuil. And orange juice. Both are vital to my speedy recovery. Oh, and sleep, of course. (NyQuil is always on stock.)

2 comments on “where’s the pause button?”