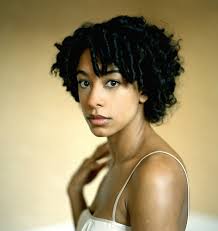 For the past week and a half, I keep going back to this voice. It feeds a certain part of my musical soul, it’s soothing and calming like a gentle breeze or a cool, but not too cold, refreshing glass of water. From her self titled album to The Sea, sometimes I can’t get enough of this artist that reminds me of a woodland nymph.

Why do I call the lovely and talented Corinne Bailey Rae a nymph? Let’s take a quick look at the definition of what a nymph is:

1. one of a numerous class of lesser deities of mythology, conceived of as beautiful maidens inhabiting the sea, rivers, woods, trees, mountains, meadows, etc., and frequently mentioned as attending a superior deity.

2. a beautiful or graceful young woman.

4. the young of an insect that undergoes incomplete metamorphosis. 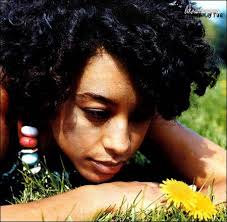 Okay, so the 4th doesn’t apply to her… but I’m more interested in the first two. She definitely has a graceful and beautiful voice as well as being a beautiful woman. She also keeps that young look about her. I mean she in her 30s, but she looks like she’s in her 20s if not younger. Or is it just me? Her looks also remind me of a former girlfriend of mine of many years ago… I think… Wasn’t much of a singer though, but that’s another story. The point is, they both were insanely cute.

As for the woodland part, well, did you see the definition? The sea is in there and that was her second album! (As of right now, I’m not sure why it’s titled “The Sea” but based on album covers, the way her music flows, and just the nature about her, I can imagine her enjoying life to the fullest when she’s outside in nature… like a woodland nymph.) 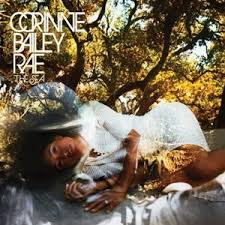 As I said earlier, her music is soothing and relaxing. I could easily enjoy driving around town listening to her as I would having her lullaby me to sleep. For safety reasons, I wouldn’t do both at the same time. But her voice seems to tread along with the instruments ever so gently, even if she’s singing with accompaniment at all… It’s just gorgeous to the ears.

Then there are the few songs that she kicks it up a few notches from soothing to sexy like one of my favorite songs “Closer.” The up-tempo jazziness of it all would make one want to get up and get their groove on a little. Don’t you think? Here’s the live rendition of that song.

As a side note, I’m a fan of many of the mainstream and more popular artists out there, but I seriously appreciate some of those who have raw and almost unseen talent like Corinne. I’m not saying no one knows about her, I’m just saying it’s too bad artists like these aren’t household names. But at the same time, I’m not too sad because it’ll like an awesome secret or an exclusive club. If you dig her music, you’re in the club… which is probably outdoors.