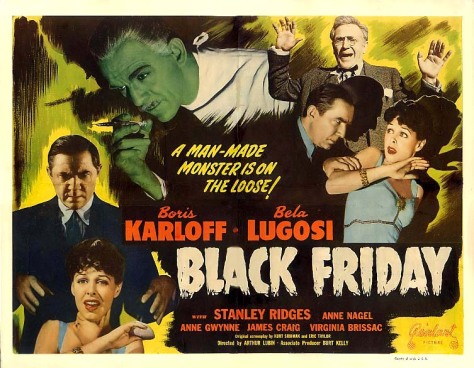 It’s that time again–where we gather with our loved ones to share in something a good chunk of America participates in every year, sorta around the same time, same day, possibly the same place.

I’ve had experience on both sides of the counter and I’m not sure which I enjoy more. Being an employee, I pretty much just sat back and watched as people went crazy. There was little I could do, to be honest. Other than marvel at the clawing and the gimme gimme gimme of the moment as the clock struck 4:58am. Yeah, we were supposed to wait until 5 on the dot, but you tell that to a bunch of very tired or high strung ladies who had been waiting since 11pm to get whatever it is they’ve been waiting for since the beginning of the week.

Oh, by the way, this took place in a 24 hr store, my beloved The Mart.

This is not The Mart, nor was I waiting outside.

Last year was the first time I hung out as a customer, waiting for a prized laptop gift for my mother. I had to wait in a very long line, which was whittled down to 50 people, since there was only 50 laptops. I was #48. There was tension, to say the least. It didn’t really start until closer to 4am, and definitely by 5am. If the 50 people in line were guaranteed the 50 laptops, why so much stress? As the line started advancing, we kept seeing people ahead of us that we hadn’t seen before. We were afraid people were snuck into the line. That’s right, we were suspicious of snuckers. But in actuality, people were dropping off items to the people in the line so they could make the purchase all at once… which was why I didn’t leave The Mart until close to 6am, which is why we were panicking at the end of the line thinking people were buying more than one laptop.

"Get her!" I'm kidding, this isn't a picture of a fight. Hilarious if it was though.

But let me rephrase myself: I wasn’t panicking. In fact, my fellow shoppers were asking me how I remained so calm. My friends can tell you I’m a very passive and patient person. I mean, c’mon… I stayed on hold for about 10 minutes once.

And getting bent out of shape wasn’t in my plans, and it wasn’t necessary to do so anyway. Sure I was getting annoyed by the end, but that’s because I was getting sleepy. I can’t remember what time I arrived, my guess is about 2am. But I didn’t get home until 7am and I had very little sleep between Thanksgiving foods and getting up around midnight. So my crankiness was due to sleepiness, not waiting in a line for a few hours.

How did I pass my time? Just observing others, joining in with the chatter of what’s going on in the store… and also tweeting.

This year I plan on doing the same. I’ll have company with me so I won’t be completely bored. But I’ll still be tweeting how much fun I’m having waiting in line.

What’s the appeal of the craziness of being out at the butt dimples of dawn? the sales of course! Yes, it’s totally worth it. Most laptops average about $400, $500… but $200? Yes please. I can give up a few hours.

You can actually buy this shirt.

But this is not for everyone. If you’re going to go in for the long haul, be sure to do the following: