I’ve been meaning to start chronicling my intern adventures for a while now, actually since I started about a month ago… but it’s been difficult to keep up with everything that’s going on in life from The Lost Dial to workshops to commercials I’m producing to keeping up with new contacts I’m meeting from all areas of the business. I have managed to keep up with some of the big blockbusters that hit theaters and writing reviews for them in somewhat of a timely manner. But overall, I feel I’ve been neglecting the Indoob and I sincerely apologize. As the saying (and apparently my mantra) goes “Life happens.” And at this point, it’s happening faster than I can keep up with. It’s already July!

So where have I been interning? A film studio called Young! Studios in Hartford. I joined in during the final stages of pre-production for an upcoming film called Diamond Ruff (there’s a commercial on the website that I’m in), based on the book by the same name written by Joe Young who is the founder and fearless leader of this ambitious studio. It’s also an ambitious project, and honestly I’m excited to be a part of it.

To sum it up the best I can, you have to start with the book and the story of Diamond Ruff, a con artist who goes to prison and meets a minister who’s on a mission to change the world for the better. There is a lot going on in the story and with these characters and I probably should do a proper book review of it some day, but the overall theme is that we can overcome what life has given us. The book is geared to everyone, but especially kids or high school students. Maybe even younger? But it has a positive and uplifting message.

It’s a bestselling book on Amazon, so naturally the next step for a bestseller is to make a movie. What I’ve been learning is that this project has been in the works for a few years, so they’ve already gotten contacts and some moneys together including a sound stage and a few stars for the lead roles. The plan is to make this film exclusive to Connecticut, specifically Hartford, which is where the story takes place, and really get the community involved in making this project successful. 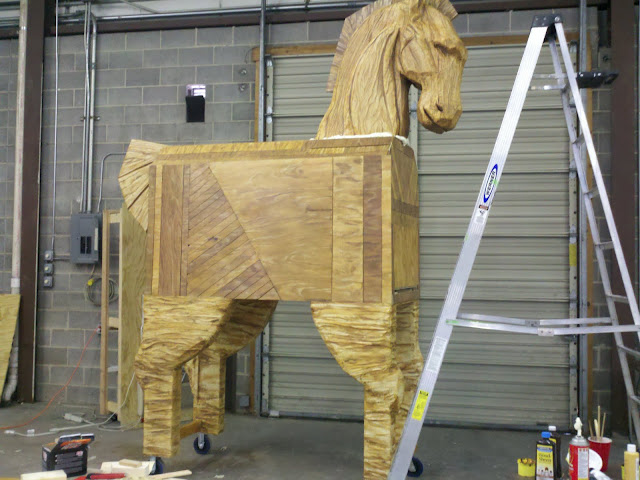 I started at the sound stage, which already had a few interns from CSB that helped build a good portion of the sets before I arrived, including the green screen area and a working Trojan horse. By “working” I mean people can actually go inside and it can rolled around. We also had a trailer to be used for the actors, which we gutted out and sorta rebuilt. We agreed this trailer hadn’t been used since the late 70’s based on the wall paper and the age of a lot of the appliances. We also built a set that is to be used for a commercial for a strip club. And yes, there will be a stripper pole. 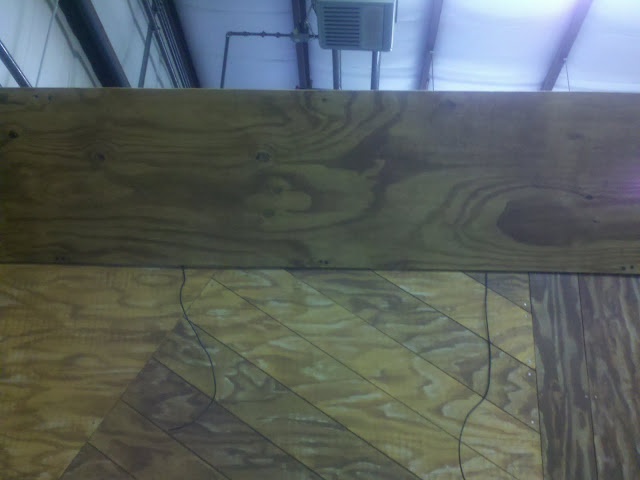 Most of my time there I spent painting or assisting in some of the construction. I’ve painted wood to look like wood, cloth to look like wood, wood beams to give the illusion of shadows, and spackled walls to hide cracks and former windows. It’s all fun, creative and educational. Mr. Young told me he wanted to show me all sides of the film making process and brought me to the sales and marketing office and asked me to come up with a plan of attack for craft services, or getting local businesses to donate food to our cast and crew. Territory I’ve never been in before. I’m now also on the sales team to call out to local businesses and ask if they are interested in sponsoring or being a part of the project. This is more stuff I’m not familiar with, but it’s all part of the process and I’m here to learn.

Shooting begins in August, and I’ll probably be part of the production crew when that starts. I’ll be much happier there versus behind a desk. But I’m staying positive about it all. While I’m not making any money, I am making a lot of contacts that, for all I know, could offer me a job.

But this isn’t the only opportunity I’ve gotten involved with, but so far it’s the most time consuming and seems to be will be the most rewarding in due time.