I kept promising this post for a couple weeks now, but here it is finally. These are my pics and videos of what I did with my school, CSB, when we went to Pig’s Eye Pub in Hartford to record a few rock bands being interviewed and performing acoustic sets by Connecticut rock station The Rock 106.9 WCCC.

Prior to arriving, I knew nothing about any of these bands. Everyone at the school said that if you are asked to do anything with the school or go anywhere, just say yes. So I said yes.

In part 1, I’m posting the pictures I took. That was basically my job once we arrived–to take pictures of what we were doing, as well as a few photos of the bands. We had a crew of 8 people with 3 cameras. Actually the president of the school showed up too, but he had to leave for another engagement.

I took so many pictures that I really don’t want to go through explaining all of them and who are in them. Most of them are on my Facebook, so feel free to check them out there.

Cameras are being set up… this is hours before the show starts. 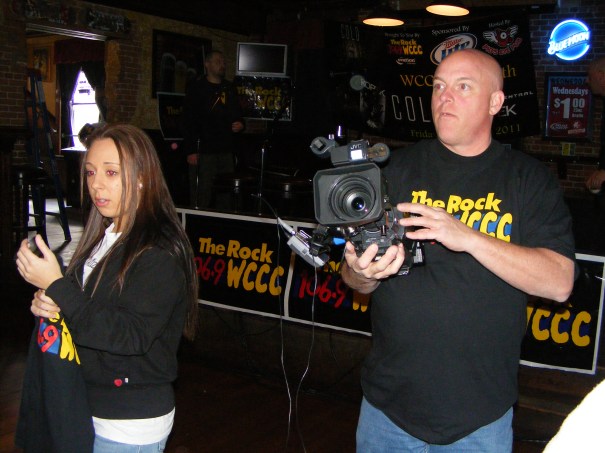 It was ill-advised for me to put my t-shirt on over my sweatshirt, but this is me, Pete, Haley, Alex and another graduate who’s name escapes me

School Director Art and Media Specialist John, they have an awesome studio at the school

Kopek hanging out with Haley before they perform 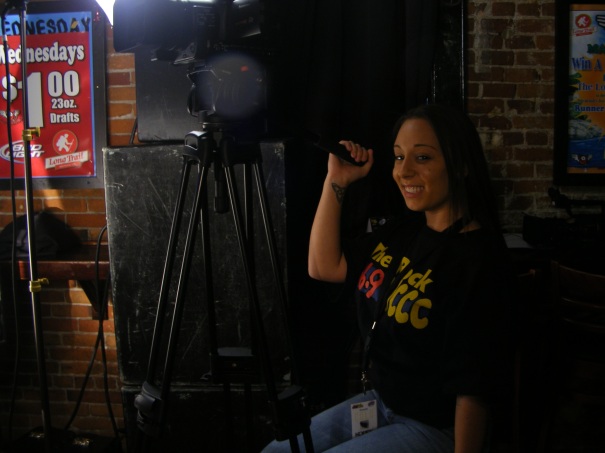 Christina enjoys being behind the camera 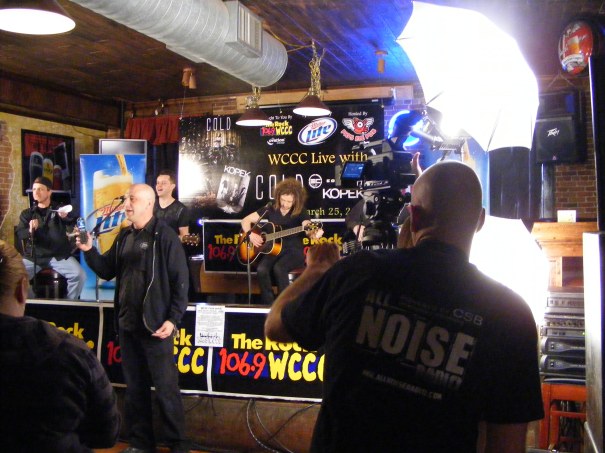 Kopek with a bunch of people I don’t know, but they were a really cool band and down to earth 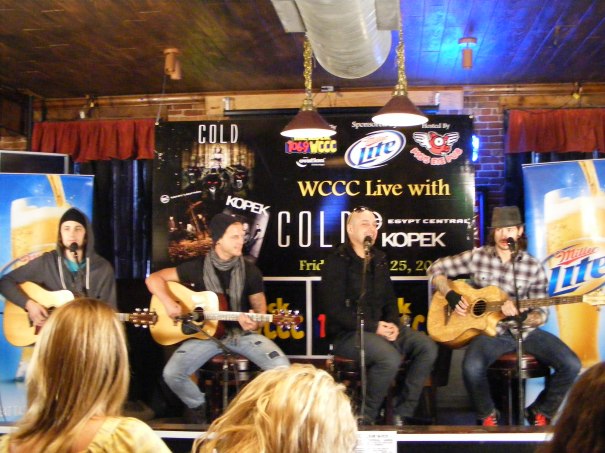 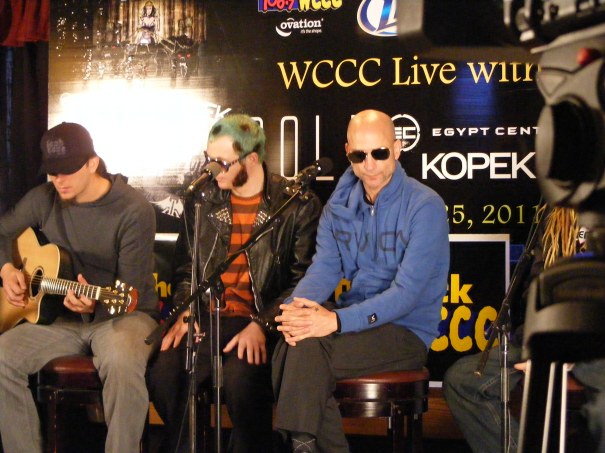 The guy with the green hair is the drummer. He also has green hair.

Just another day with CSB

One comment on “when csb met kopek, egypt central and cold: part 1”