I’ve been writing for as long as I’ve known how to read. My family can attest to this as I brought home a new freshly written story almost every other day from school. Most were hand drawn picture books with basic rhyming schemes that told similar stories to the relentlessly read books my parents bought me in my early years. I admittedly don’t read as much now as I did then, but I still have a thirst to consume as many stories as I can to feed my own wild imagination.

However, in recent months, I began questioning my own title as a writer. Not that I stopped being a writer or never was one, but am I producing anything worthwhile reading? Even while I asked myself that, I realized I hadn’t really written anything at all. No poetry, no blogs, no essays, no short stories. Certainly no screenplays. Will I be a fraud for telling people I’m a writer and have nothing to show for it? I also employed the lie that I didn’t have time to write. I was “too busy” with my job, church, and whatever else I was doing that seemed important. I did feel that my creativity was stifled, yet I didn’t put enough of an effort to change it on my own.

Fortunately, around that time, I happened about some kindred spirits that guided me back to the pen. I mean literally, I started writing with pen and paper again, and began crafting poetry, story ideas, and other creations that qualify me to use that skill set.

I regained my love for words. Not that I ever lost that passion, it had just been distracted by the mundane and mediocrity of everyday life. The same ol’ same ol’. Well, now I’m on the new new. I had since changed my day job (I’m literally starting a new job tomorrow), I’ve been reading books again, and most importantly, I’ve been writing a lot more again. 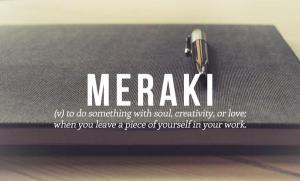 With the writing, came the return of my podcast. A good portion of the things I say on the podcast are partially scripted. As much as I love improvising, I still want to get certain information out and in an allotted time. The podcast is an extension of this blog anyway, so whatever I talk about there, I would have written about it here.

Which leads back to why it is I actually write. When I saw this prompt earlier and learning it was National Day on Writing, my very first answer, which is probably my truest answer: I write because I have to. Even as a child, I was terrified to speak in front of people, yet I found courage in writing down what I wanted to say and having it projected on paper, on screen, or by someone louder than I could ever be. I knew then that anything that could make a difference, starts with the written word. Music, movies, laws, poetry, plays, novels, advertising, newspapers.

I’m a little better now about speaking in front of large crowds, but the need for me to write has only grown stronger. Writing is not just an escape for me, but a release of energy, self expression, passion. Even if no one reads it and I set it on fire after signing my name, the epitome of catharsis. But most times I’m not just writing for myself, I write to entertain, to inform, to relate, or to reach out to YOU. And sometimes, for me, some things are better left unsaid, and written instead.