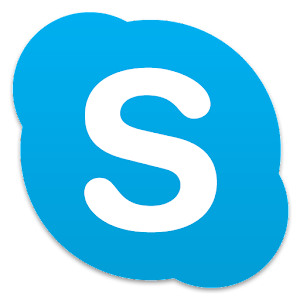 You know what term I don’t hear anymore? “Computer whiz.” I was called that in my younger years and had I embraced it further, perhaps I could have worked my way into being a hacker. I jokingly call myself a hacker, but I am nowhere near what real hackers are capable of doing. I have taken coding classes in high school, but that was so long ago that I don’t think anyone codes in those languages anymore. I barely had an understanding on HTML and I think that’s even outdated. Maybe, maybe not. My point is I’m not a real hacker. Yet I’ve once again been a victim of being hacked with a sprinkling of identity theft.

This recent offense happened with my seldom used Skype account. I’ve only recently been using it with the indoob podcast, prior to that it was the way people could call into The Lost Dial. My contact list was fairly small, but I had good friends on there and just another means of communication besides phones. Anyway, I get an email last week that my password changed. I certainly didn’t change it. I investigate (but can’t do much) so I go through the proper Skype channels for a compromised account. There’s an extensive questionnaire asking for my setup date (who remembers that) and 5 of my contacts (I literally could only remember 3 out of the 7 I had). They had me do this twice, which I was okay with as it was a means to verify I owned the account. I was sent a special login a couple days ago, and intended to take care of it today after work. But before I left work, I got an email that my password was changed!

How could that be and I hadn’t changed it yet? It was about 2:30 pm when this happened. I get home and finally reset my password with my special verification code around 4:15 pm and begin to explore my profile. My name was changed from “t. sterling watson” to “Cool.” As I’m typing this now, I’m still putting clues together and I received an unknown phone call on my way home. I didn’t answer because I was driving (I’m safe like that) but perhaps this was due to the Skype hacking? Not sure, I don’t remember if I had my phone number associated with Skype… but I may have. Anyway, whoever took over put in their email address and was French.

There was only one recent conversation with a 66 year old divorced gentleman, whom had since retired and has a prosthetic leg. His daughter died and accompanied by his dog. He’s still new at computers and has a teacher come to his house on Fridays. He doesn’t really have much money but he has enough to pay for a tutor. He lives in Montreal.

Mireille, my “friend” who was “using” my account, is a 37 year old female, living on the Ivory Coast. Anything from this character is taken with a grain of salt, by the way. She is trying to get her store set up but needs financial help and was basically working on the sympathies of a kindhearted lonely fellow to get whatever money she can. I might be making assumptions, but from what I read, it was nothing but a con game. What’s sad is that this guy probably didn’t know. Emails and phone numbers were exchanged. Mireille even sent some pics, but I couldn’t see them. Apparently she’s sexy. This guy even said she was attractive based on her Skype avatar, or profile picture. What I’m wondering is, was he seeing something she set up? Or was he looking at a picture of me? Because my current picture, I am actually turned away from the camera. (I don’t have a copy of this picture on this computer to reference.)

This conversation was in French, and I had Google translate help. Later I noticed that all my contacts had been erased, some of them blocked, and all my new contacts all pretty much had the same first names. All French looking names beginning with Jean. Annoying and frustrating to say the least.

The last time I had an account hacked was when my Netflix account was compromised. I knowingly share it with 3 other households now, but there was a 4th household in London that did not have my permission nor my consent to watch random horror and anime.

With that said, make sure you have strong passwords on ALL your accounts. Capital letters, numbers and punctuations (if applicable). When I was teaching computer classes and showing how to set up email accounts, I had one guy make a password 15 characters long. Edward Snowden would be proud. On a related note, if I wasn’t dealing with Skype, I would have been writing my review for Citizen Four.