what “lost” taught me about “breaking bad” 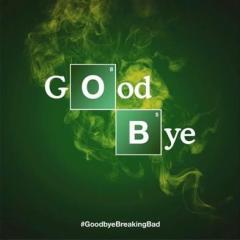 Rather than writing a review or recap of the satisfying finale of AMC’s hit Breaking Bad, I decided to share my thoughts and opinions on what some people might be going through, or about to go through. Let’s call it, withdrawal, or filling a void. It’s something that happens anytime a beloved show ends and all fans of that show cope together. I don’t think the 5 stages of grief applies to TV show but this is a start on getting over the sadness of your favorite show ending.

An hour or so after the credits began to roll, I thought about what show would be a good replacement for a few of my friends who hold this show in such high regards. I struggled with this for a long time before I realized why it was so difficult to think of a show to fill the void. Breaking Bad was truly a very unique show on so many levels. It had the basics of what makes a great series great: well rounded and fully developed characters, well thought out and intricate plot lines, a provocative premise, and a well told story with an ending for the TV history books… or Wikipedia. I could go in great detail on all fronts but ain’t nobody got time for all that. But specifically, the fact that it’s a heavily serialized show about a protagonist turned antagonist and making Albuquerque more than just a regrettable left turn for Bugs Bunny.

Let me put it another way: you’re not going to find a show to fill the BrBa shaped hole that’s now in your life. 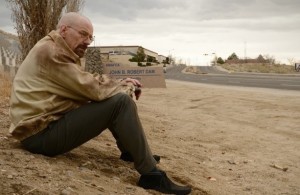 I came to this conclusion when I went on a quest to find a show on the same level of intelligence and entertainment of LOST. Yes, I know many people out there hate on the show due to what they may feel was a letdown of a finale, or just dislike the show altogether for whatever reason. But I’m talking about the people, like myself, who loved the show for what it was. Again, not the time or place to get into that now, considering I wrote about it great detail already.

The point here is that LOST was a mega hit show that had a profound effect on those that watched it to the very end. After the show ended, we eagerly awaited the next show to feed what LOST gave to us on a weekly basis. I think it’s safe to say there hasn’t been a show like it, nor will I think there ever will be. Oh, but there have been many that have tried. Anyone remember FlashForward? How about The Event? I had hoped they would succeed but these shows didn’t make it past their first seasons and it was pretty obvious what show they were taking cues from whether they wanted to admit it or not. I mean come on, both shows featured a plane crash as a plot device! But I digress. 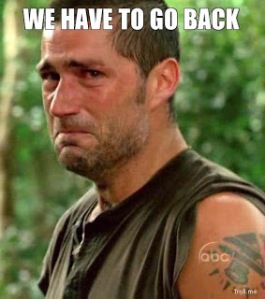 I eventually stopped looking for a LOST replacement and just began to seek out well written and developed shows. Eventually I stumbled on Breaking Bad due to word of mouth, and even when I started watching I wasn’t fully invested. (Very similar to how I got into LOST.) But eventually it became appointment television (just like LOST). And fortunately for me now, I have a handful of other shows to keep me entertained now that Bad is over, as well as resting in the fact that there are great writers and creators out there on the verge of giving us more brilliant shows that we will watch, analyze, and chew on for many years to come even after they air their inevitable polarizing finales.

If you’re looking for a hint on where to get your next fix, take note of the creators and writers of favorite shows, such as Vince Gilligan or J. J. Abrams. Rather than rehash a great idea, they generally go off to find a new challenge and make something else to be marveled, even if it’s just for their core fan base. Being an avid Bad Robot fan, I’m regularly rewarded with quality entertainment. There’s lots of shows out there, and lots of new ones to check out. Breaking Bad is over, but great TV isn’t.

How do you cope with the ending of a favorite show? Do you have a suggestion of what can fill a Breaking Bad void? Leave a comment below, call the Lost Dial line 860-342-8423 or send me a tweet @indoob!