I figured this would be a great time to get some blogging done while I log in the hours of video processing and converting and uploading that exists in the world of video production. B-O-R-I-N-G. The editing is the best part though. The rendering and anything that involves a progress bar? Not so much. I’ve been told I have a lot of patience. But I think that only applies to people and food. Machines? I’ve frequently have stated that I wish inanimate and sometimes intangible objects (like the internets) had throats that I could strangle into submission.

Or I just wish I had multiple computers so while one was burning a DVD, I could do some work on another one. By work, I mean waste time on Twitter. I’d rather let whatever system I’m using work on one thing at a time then risk some major flaw in a 30 minute production that takes 2 hours to produce because I feel like being the best multitasker in existence.

So I’m currently waiting for a video I produced months ago to go through the initial “movie-making” process. I use Windows Movie Maker to make most of the videos you see on my YouTube and Vimeo pages. It’s no Final Cut Pro, but it gets the job done. Until I get a Mac at home, anyway. Please donate to the “Buy t. sterling a Mac Fund”.

Part of 3S:FX is making DVDs of the sermons at my church. I found that one video in particular freezes midway through, which would make for a horrible production, unless I was Andy Warhol. Like the genius I’m known to be, I never save the project files of the videos I produce, which forces me to arrange all the original files from scratch. This sometimes proves to benefit me, but overall, it’s a slight annoyance when I need to correct an error that would only require to clicks but now take 2 hours. I’m stubborn. Aren’t most geniuses?

Speaking of geniuses, isn’t Prince amazing? I like to listen to him while I work. Occasionally when it rains. Or I’m feeling a little crazy. 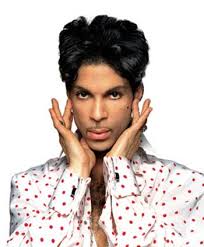 Truth be told, I’ve been processing video since about 6 pm on Sunday. I ripped a stack of 8 DVDs, converted them, converted raw video from a sermon earlier that day, edited that together, burned a DVD, and uploaded a handful of videos to the internet. Oh wait, some of that was done on Saturday. And I had been editing since Thursday. Hmm.

It hit me late last night that being my own business means I can work my own hours. I decided to clock out around 3 am, clocked back in around 10 am. By no means am I complaining about this. I forgot probably the best part. I’m selling the DVDs I’m producing, and getting paid for the DVDs I’m ripping/converting/uploading.

And the only reason it’s taking me so long to do all of these things is because I’m just getting it all organized. My office stays cleaner than my bedroom, yet I spend much more time in my office. Or at CSB. After this week, I’ll have more time on my hands to do more writing, creating, collaborating. I’ll schedule the processing to take place on my least busiest days, or overnight, while I clean my room.

Check out one of my productions (experiments) I produced last week: