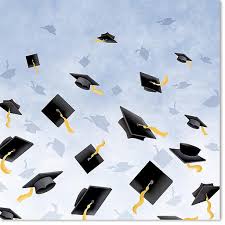 It’s the return of the fripod posts. I thought I was going to have more of a fanfare about it, but it’s not necessary. Anyway, due to an email I received yesterday about certificates and such being in the mail, I can confidently say that I’ve officially graduated from the Connecticut School of Broadcasting!

BUT! My journey isn’t over. I just completed phase I, which is the training. Phase 2 is job placement, which they assist with as well. I’ve already started and will be returning to the studios to start recording my demos for future voice over work.

These are some exciting times ahead of me. It’s that “Fear of the unknown” exciting and it’s cool and refreshing to have. You don’t get that when you’re already in your 9-5 job or you’re in school (college too) because from the day to day you kinda know what to expect. And for some people, that’s good, that’s how they like it. But I found out a long time ago that I don’t think I’m made for a daily routine. I mean, I would like one to some extent. It’d be nice if I went to the gym everyday at the same time or woke up in the morning before Burger King stops serving breakfast. But for the most part, I like my days to be different. I enjoy a passive adventure. (I’m not looking for an Indiana Jones type adventure right now.)

I imagine a number of my classmates, or rather, fellow graduates might feel the same way. Whether they do or now, I wish them the best of success and I’m sure I’ll be working with some of them again. Throughout my time at this school, I happened upon Patrick Stump, formerly of Fall Out Boy, and his solo EP Truant Wave. I loved the messages in the songs and “Spotlight” was one of the most encouraging to me. I know there are two versions, but my favorite is the New Regret version.

In case you miss the meaning, it’s a self empowering and encouraging song that you can be your own star and you don’t have to let others tell you what you can or can’t do or what you are and aren’t capable of doing. Early on, I felt that the song, or even the whole 6 song album, or Stump himself, was a less eccentric looking male version of Lady Gaga… when it comes to self empowerment and “be yourself” attitude.

But this fripod post is dedicated to my graduating day class of March 2011! May you all be your all spotlight (which some of you already are) and continue to be awesome and achieving those goals.

But stay tuned Indoobians, I have some catching up to do in letting you all know what I’ve done in the past 2 months. For starters, I have a Tumblr now and check out a few of the videos!