The Oscar nominations are in. (How cliché is that phrase today?) And closely followed is the “snubbed” list.

Surely you can find the nomination list anywhere, and they probably have their own list of snubs and in a day or so will be followed by predictions. I will post my own prediction list in the next few days. But right now, I just want to air my disgust on some of the mistakes everyone will complain about and soon forget about as that eagerly anticipate the big night… and soon after that, we’ll forget about the snubbed altogether and maybe even a few of the nods.

But maybe we won’t forget about the brilliant Christopher Nolan who is one of my favorite directors out there today. He was left off the Best Director’s list, and apparently has yet to be nominated for such. INSANITY! Sure, at least Inception has Best Picture and Best Screenplay (which he would get awards for) along with 6 others, but the film wouldn’t be as great without it’s helmer, right? Not all the time, but often if a film gets the Best Picture, the same film will get Best Director. Not all the time, though. This is a case where it should have been. I also read that this film should have gotten a Best Editing too, which I also agree.

Another snub that a few on the internets pointed out is Scott Pilgrim vs the World. On a personal note, this has become one of my newest favorite films. But what was this snubbed out of? Best Visual Effects. If you haven’t seen the movie, I highly recommend it and you’ll understand why. In the same category: TRON: Legacy.

Speaking of TRON: Legacy, it would’ve been nice to see Daft Punk get a nomination for Best Score.

By the way, there are still a number of nominated films I haven’t seen yet, so I can’t say too much about The Fighter, Blue Valentine or The Kids Are Alright, and probably a few others. 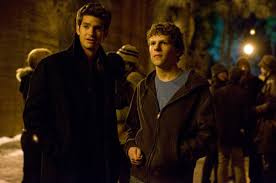 Lastly, I thought Andrew Garfield was a shoo-in to not only get nominated for Best Supporting Actor, but possibly win. Sure, he’s got to go against Christian Bale which might be a lock, but I’ll get into analysis later. But while we’re on The Social Network, I would’ve liked to see Justin Timberlake as a nominee too for that role.

Another surprise to me was a documentary I plan on seeing: Waiting for “Superman” …also snubbed! I hear documentaries are weird at the Oscars anyway.

One of my crushes Mila Kunis was not nominated for Black Swan, and I’m not too shocked by this. She was great and all, but I wouldn’t have minded either way.

That’s it for the snubs, be sure to come back soon for my predictions.