showing love for “love the way you lie” 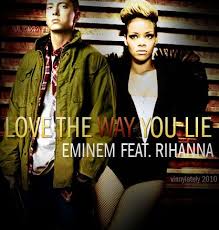 I was going to hold this until my friPod post… but nah.

As I was doing my in-depth write up of Kanye West’s “Power” video, during my research I kept discovering critics and bloggers comparing “Power” to Eminem’s “Love the Way You Lie.” At first glance, I couldn’t understand why these two videos would be compared to each other… but then I remembered they both premiered the same night on MTV. Not only that, they are two of the biggest hip hop performers riding on a comeback wave right now. And both have some equally powerful music videos to keep that momentum going. 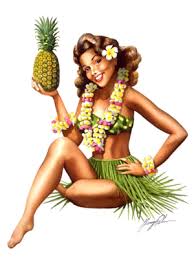 Granted, these are two completely different artists and these two songs are on completely different subjects. I really dig both songs. Both videos, as well as the artists themselves, can be considered controversial. Both songs and videos have something important to say. And if you look back at all their past singles, both of them know how to make good and entertaining music videos. I don’t want to call myself a really big Eminem fan, but I really do like a lot of his music. I love his intensity, his voice and his style. He may need his own friPod post just to talk about him. But with all the ‘Ye vs Em going on, I look at these videos like apples and oranges. They are both delicious fruits, but they taste different. I prefer pineapples anyway.

Still, I felt it’s only proper to give some love to Eminem’s newest video and talk about why I like the song and the video. Sure, I’m a week late, but here I am and here it is. 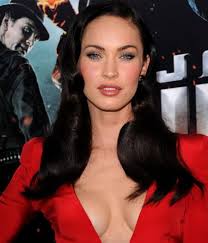 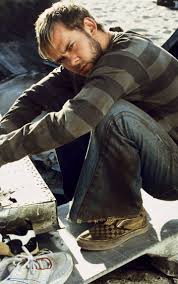 If you aren’t up to date with pop culture world, our troubled couple is LOST‘s “Charlie”, or Dominic Monaghan and the blue eyed brunette bombshell that apparently drives all the men crazy, Megan Fox. I will admit, I’m not really that crazy about her. She’s got the looks, and it really does work for this video, they both look trashy… but in a good way that works for this. It’s no offense to her, not that she’d care. I’m just saying. Anyway, it’s not hard to figure out what’s going on in this video and what the song is talking about. I think what some people may relate to (or at least friends that I know personally that love this song) is the subject matter of the song, having been in an abuse relationship, physical and/or verbal.

What seems to amp this song up to a higher level of reality is not only is Eminem reflecting on his past, but his co-star Rhianna is channeling her scars too. I’m not sure you could find better raw emotion like that from a signer unless they lived it. Well, maybe from Tina Turner. But I’m not going to go down a list of names of victims. It’s a very touchy subject and I know too many people who have gone through similar if not worse conditions.

Fire is always alluring and mesmerizing. Or maybe that’s the ex-pyromaniac in me talking. But this video seems to smolder before the literal flames are released. If only it started raining, maybe these two could calm down. Rihanna could lend an umbrella, but Eminem would still be angry in the rain. Either way, fire is a strong element in the song as well as to the video, and it is easily the 5th star of this hot video.

So as good as this song is, it’s not one that I would personally keep on repeat. It’s similar to watching the Oscar movie Crash. Awesomely powerful and moving, but can be emotionally draining. And for the record, I don’t mind songs and movies that are like that… they just have their time and their place.

Overall, another great piece of work (song and video) from Mr. Mathers. Perhaps we will see him battle Mr. West in the 2011 for best video. Personally, I’d like to see them do a song together besides the “Forever” collabo with Drake and Lil’ Wayne (nominated this year). But that’s just me.